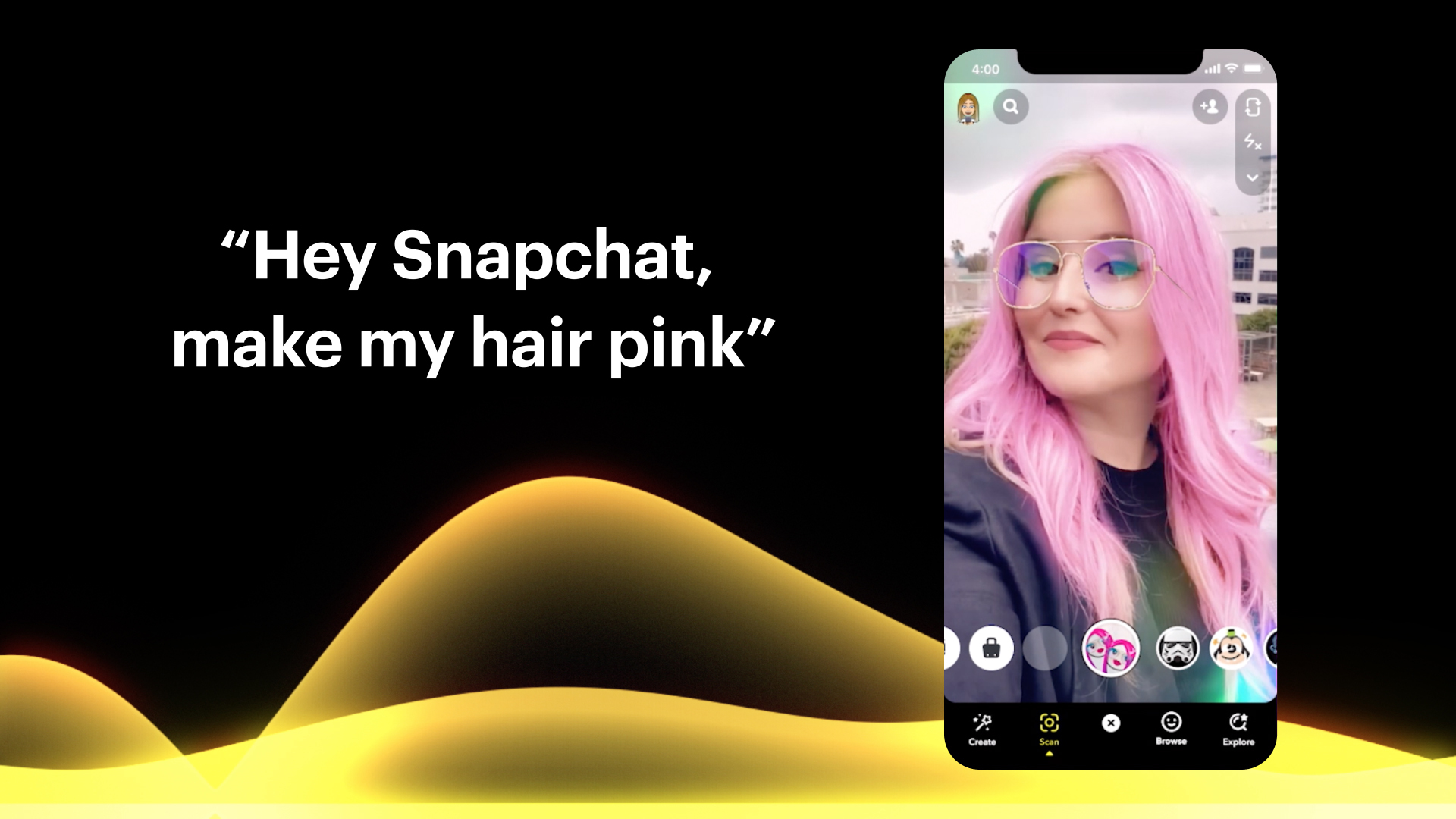 SoundHound, the leading innovator in voice-enabled AI, has announced a partnership to add voice capabilities to Snapchat’s Scan platform.

With Snapchat’s new Voice Scan feature powered by Houndify, Snapchatters can quickly find the right Lens to augment their faces or the world around them just by asking.

“We are thrilled to be one of Snapchat’s first Scan platform partners and voice-enable one of their most powerful features,” says James Hom, Co-Founder & Vice President, Products at SoundHound. “With hundreds of thousands of Lenses available in the app, being able to just ask for a feature offers a powerful new way to discover new Lenses with the added convenience of being hands-free.”

To access the new Voice Scan feature within the Lens carousel, users start by saying “Hey Snapchat”, followed by a verbal request.

SoundHound’s partnership extends back to June 2018 when their music discovery app became a launch partner for Snap Kit. Within the SoundHound app, users with Snapchat can create a customisable music Snap containing song details, effects that match the song, and a playback link.

Pick your own background on Microsoft Teams