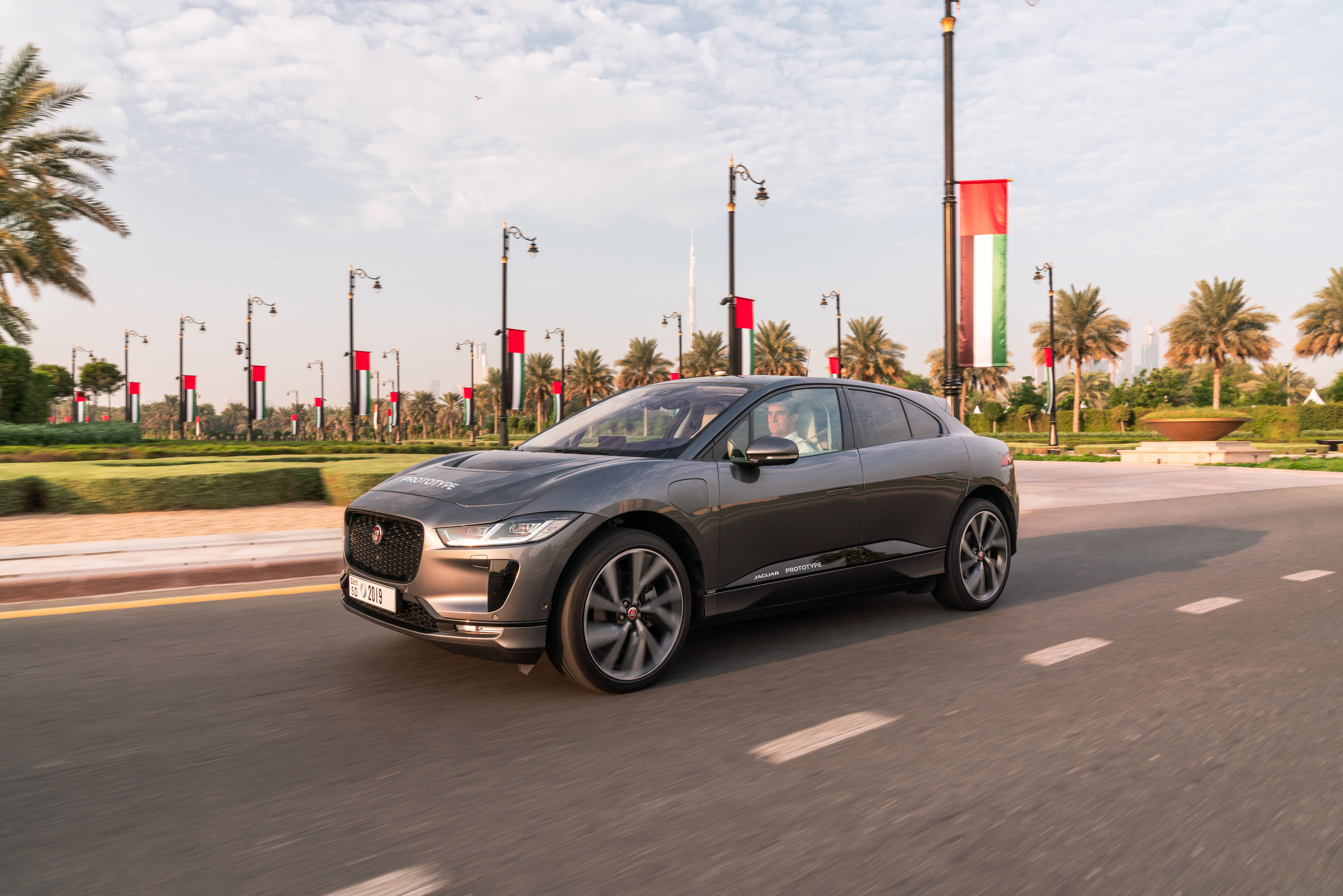 Jaguar Land Rover engineers recently tested a self-driving prototype Jaguar I-PACE on the streets of Dubai to demonstrate the company’s latest autonomous driving research technologies and give a glimpse into the future of mobility.

The all-electric, zero emissions Jaguar I-PACE – current 2019 World Car of the Year and World Green Car of the Year – was chosen due to its strong sustainability credentials. The prototype Jaguar I-PACE was modified to include enhanced vehicle detection and avoidance capabilities through a combination of radar and cameras, alongside a traffic light detection system.

The vehicle’s speed and steering, from stationary up to highway speed, was also controlled autonomously during test drives, with the system following routes from a detailed HD map showing route location and a detailed bird’s-eye view of junctions.

The company said in a statement: “Jaguar Land Rover’s commitment to an autonomous, connected, electric and shared (ACES) future is a cornerstone to delivering on its Destination Zero mission; the ambition to make societies safer and healthier, and the environment cleaner.”

Jaguar Land Rover says it continues its drive for conscious innovation focusing on achieving its vision with Destination Zero – a future of zero emissions, zero accidents and zero congestion – across its facilities, and through its products and services. Autonomous vehicle technology plays a major role in realising the strategy. To date, Jaguar Land Rover has successfully completed real-world testing of the technology on complicated inner-city roads in the UK and continues to collaborate with academia and industry to accelerate innovation.

“We both wish to make driving safer, to free up time we spend travelling, and to reduce the negative impact travel has on our planet,” says Bruce Robertson, Managing Director of Jaguar Land Rover MENA.

“The Dubai World Congress for Self-Driving Transport tackles these same important challenges head-on, and our autonomous Jaguar I-PACE prototype is proof positive of the impressive progress our company and industry are making.”

Successfully tested on the streets of Dubai in preparation for its appearance at the Congress, the prototype model demonstrated the progress being made in the autonomous driving space globally.

Hit the road with high-tech night light for bikes