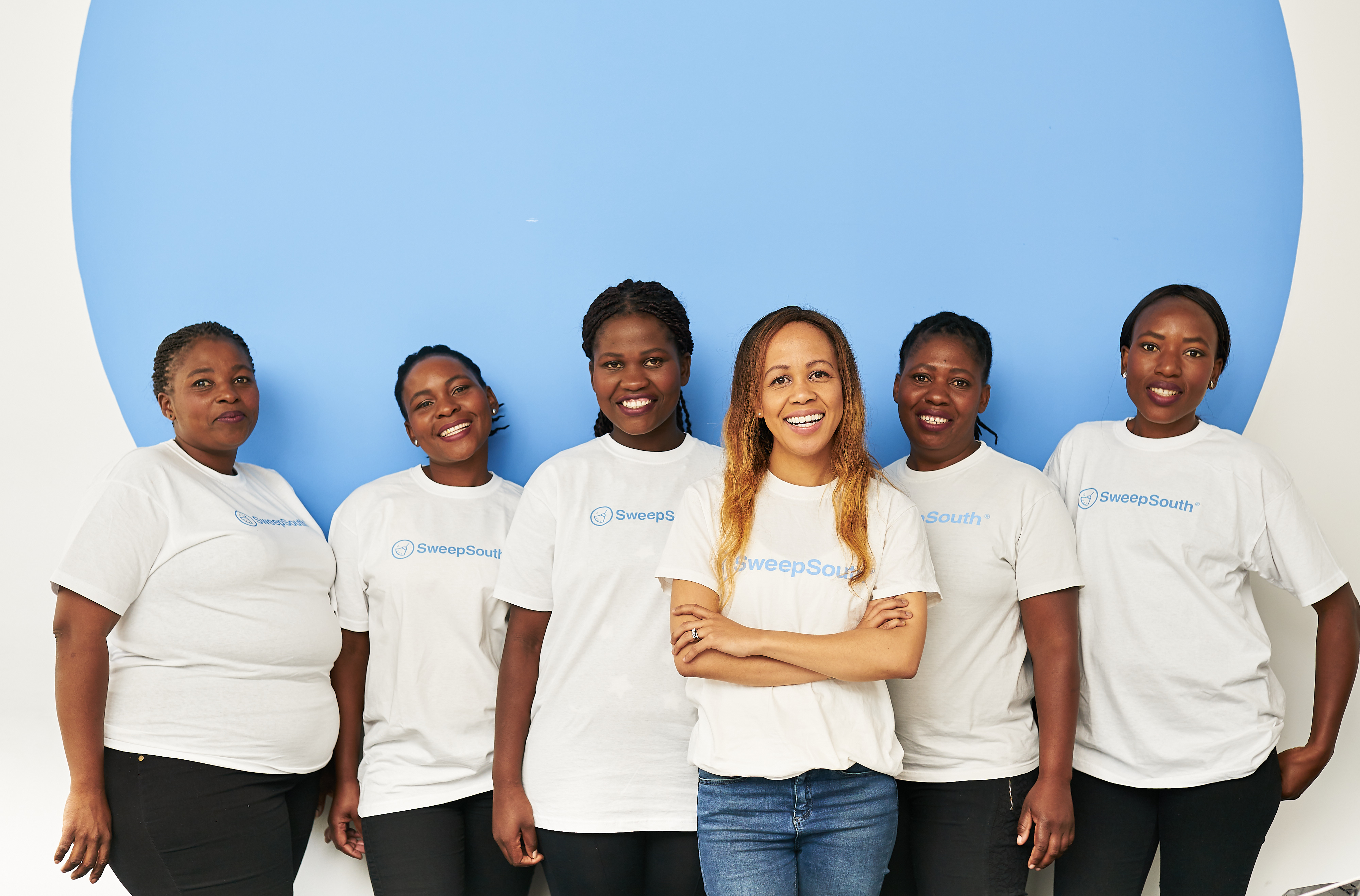 SweepSouth, the online platform providing on-demand and regular home cleaning services, has announced its intention to grow its market share in South Africa and launch additional services following the closure of a successful funding round that has seen the company raise more than R50 million in new investment.

The final deal signed in the funding round was with the Michael & Susan Dell Foundation, which has invested USD1 million (R14,5 million) into the company. This investment follows the June announcement of a R30 million investment by Naspers Foundry, a start-up fund aimed at boosting the South African technology sector.

In addition to Naspers Foundry and the Dell Foundation, who both came on board as new investors, existing investors Smollan, Vumela, CRE VC (previously Africa Angels Network), and musician and venture capitalist Black Coffee have also reinvested into SweepSouth bringing the total investment raised by SweepSouth in this round to more than R50 million. The latest round places SweepSouth into a small international group of tech startups run by black women who have raised more than USD5 million in total.

Since its launch in 2014, SweepSouth recorded exceptional growth. Since the closure of the previous funding round in 2017, SweepSouth has expanded its operations and now operates in seven South African cities. The company has also grown 26% since the announcement in June 2019 of the investment by Naspers Foundry. In a partnership with insurtech start-up Simply, it has also been able to provide accidental death and disability cover at no cost to domestic cleaners who find work through SweepSouth. The company also partnered with Caveat Legal for their launch of The Warrior Project to domestic workers, providing legal help and advice, a support line, and access to police services for victims of domestic abuse and gender-based violence. Since their last funding round, SweepSouth has also seen its customer base, bookings and revenue triple, which were marked by the company winning the Best Small Company category at the inaugural Southern African Venture Capital and Private Equity Association awards in November of 2018.

The businesses growth has afforded SweepSouth the opportunity to create more almost 15 000 employment opportunities for previously unemployed and underemployed domestic workers. According to Fairwork, a collaboration between the universities of Cape Town, the Western Cape, Manchester, and Oxford that ranks working conditions and standards in the gig economy, SweepSouth is noted for the fair treatment of people finding work through its platform. In addition to receiving points for fair pay, management and contracts, Fairwork has also noted SweepSouth actively improved working conditions by providing work-related insurance, as well as the facilitation of worker voice mechanisms on the platform.

According to Aisha Pandor, CEO and cofounder of SweepSouth, this worker-centric approach will also be a primary consideration as it expands into new markets and offering services beyond domestic services.

“The funding received during this round will be instrumental in achieving SweepSouth’s strategic goals going forward. In addition to expanding the markets we operate in, in South Africa and elsewhere on the continent, we are also looking forward to a formal announcement regarding our new platform, SweepSouth Connect, which offers services like handymen, plumbers, electricians, locksmiths, carpet cleaners, and nannies, as well as the growth of our online SweepSouth Shop which sells a range of home products.”

“The approach we’ve always taken with investors goes beyond merely money. For us it’s also about the experience and support they will provide us with when it comes to scaling the business, and a shared vision of the positive impacts on employment and digital and financial inclusivity that we can create through the platform. As such, our investors take a significant but minority stake, but most importantly will also add broader value to the business,” Pandor says

Pandor also extends her thanks to Vinny Lingham and Llew Claasen’s Newtown Partners, which has exited SweepSouth in this round of funding with a more than 10x return on their original investment since coming on board. “Newtown Partners was our very first investor and as a fund founded by entrepreneurs themselves, lent a lot of insight that helped us to achieve the growth we have and avoid a lot of mistakes common to first time founders. Not only did Newtown Partners open up their network of contacts to us, helping us to secure additional seed funding, they have been key advisors particularly in our earlier days as we built SweepSouth and worked to find product market fit.”

“The Michael & Susan Dell Foundation has made more than 40 impact investments to date, many of which are companies that provide economic stability for families living in urban poverty,” says Thashlin Govender, Michael & Susan Dell Foundation program director. “Our new collaboration with SweepSouth falls within that category by providing jobs for South Africans who need employment. SweepSouth removes friction by connecting those who want to work with jobs and wages for their hours worked, and creates a fully vetted, credible service available for those interested in procuring cleaning services. SweepStars have taken the first step to access employment and will hopefully feel empowered to go further – resulting in better education and futures for their children.”

Vinny Lingham, General Partner at Newtown Partners says, “At Newtown Partners we pride ourselves on investing in emerging, disruptive technology startup businesses, and nurturing them from ideation to market-leading businesses. Looking at the success SweepSouth has enjoyed during the time we have been involved in the company, has more than fulfilled what we were looking to achieve when we joined them. We look forward to watching SweepSouth’s continued growth going forward.”