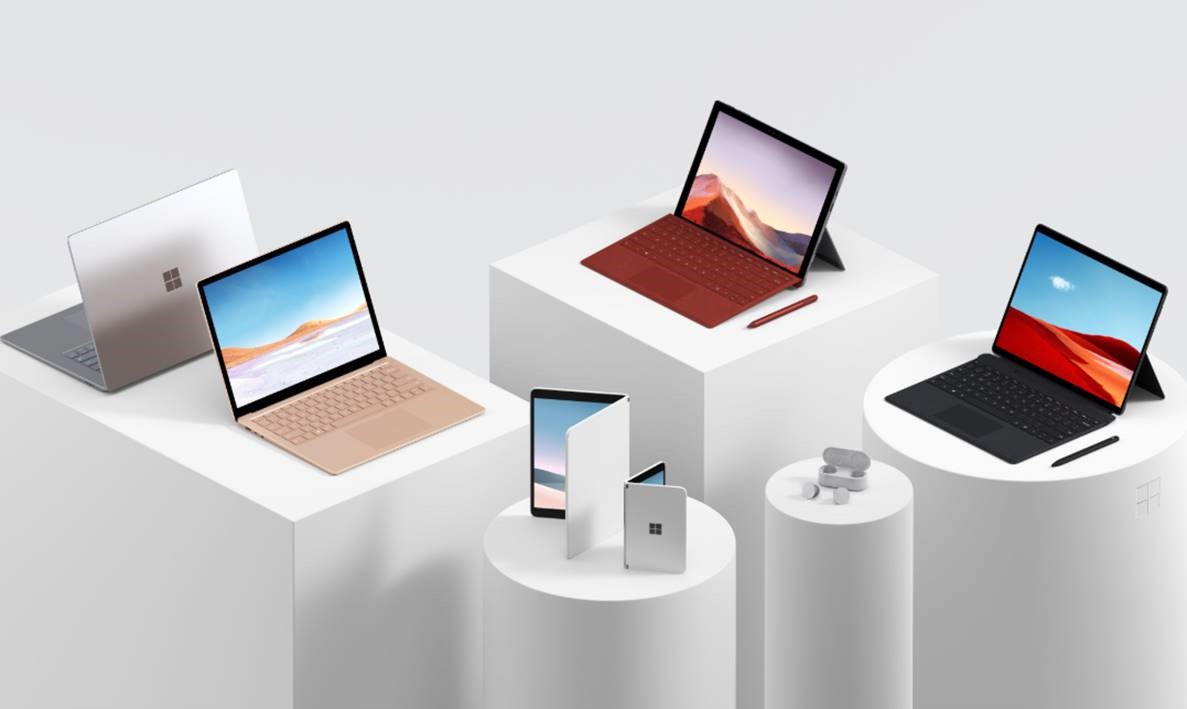 Starting with the refreshes, Windows has adopted a sleeker take on its devices. It updated the Surface Laptop and Surface Pro, bringing them into their third and seventh generation respectively.

The Surface Laptop has been slightly altered to offer two sizes, namely 13.5” and 15”. Each size comes with its own configuration: the 13.5” getting an upgrade to the 10th generation Intel Core processors, while the 15” adds a new AMD Ryzen specifically optimised for the Surface.

This partnership with AMD is interesting, considering how Intel has led the charge for many years. AMD has created an impressive line-up of processors with its Ryzen lineup. Some of these processors are not only superior to their Intel equivalents, but carry a much lower price tag.

The new Surface laptops feature the latest specs, like Type-C connectivity and fast charging. They feature a USB Type-C as well as Type-A port, although just one of each. Microsoft says the fast charging funtion will charge the computer up to 80% in about an hour.

New to the Surface 2-in-1 lineup is the Surface X, and you know it’s serious because they put an X in the name. It’s a 760g, 5.33mm device that runs Microsofts new SQ1 ARM chip. It is most likely contending with the iPad Pro, in terms of functionality. Microsoft worked with Qualcomm to make this chip, and it can process up to 2 teraflops of graphics processing power (which is a lot for a handheld tablet, considering the Mac Pro desktop processes up to 56 teraflops).

It also features an attachable keyboard, which has space for a new stylus called the Slim Pen.

Click here to read how Microsoft is breaking away from the traditional computer layout with its new two screen devices.

Previous Page2 of 3Next Page
Related Topics:featured
Up Next