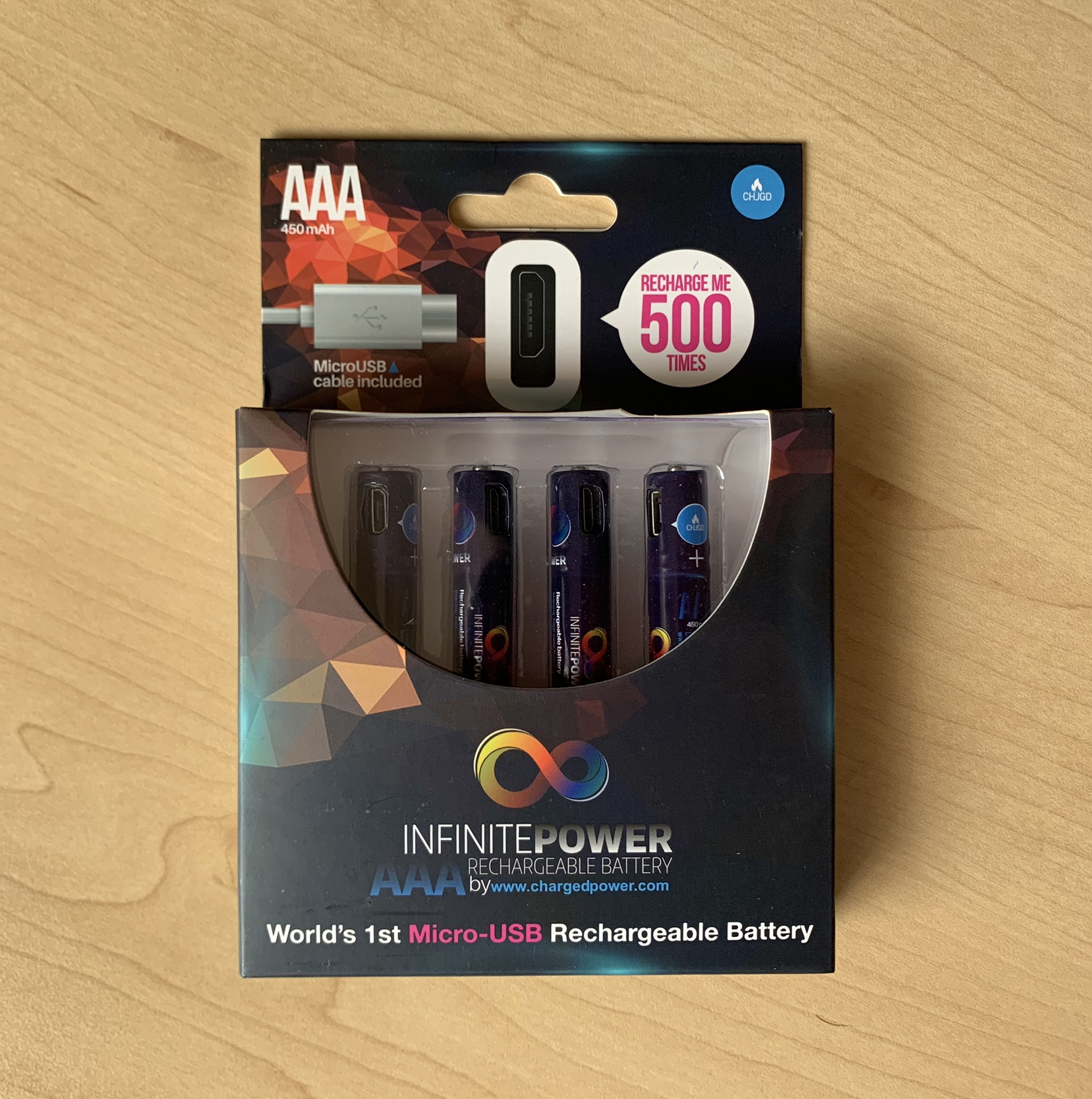 It’s 2019 and so many accessories still take batteries. In the office, we find we need AA or AAA batteries for some of the coolest tech. The only drawback is: batteries need to be thrown away after they’re flat. Not only is it a nuisance to pick up a gadget to find its batteries are flat, but it’s pretty bad for the environment if one’s feeling lazy and throws the dead batteries in the trash.

Enter Infinite Power by Charged Power. It has created a pretty nifty rechargeable battery that has a port directly on the battery. The port is also a standard micro-USB port, which many smartphones still use. Out of the box, we got four rechargeable batteries, and a single USB-A to two micro-USB charging cable, in case one wants to charge two batteries simultaneously. We can tell that the cable is a bit too specialised and will probably get lost in a cable drawer. That said, the batteries don’t take a proprietary port, which is a huge plus.

They come in AA and AAA variants, which are 1000 mAh and 450 mAh respectively per battery. The batteries also feature a soft button, which indicate charge level. From flat, they take around 5,5 hours to charge. The last depending on the device they’re put into. Remotes may last for months, while toys that draw a lot of power may last a few days. Charged Power says the batteries last for 500 charges.

Overall, these makes for practical stocking stuffers in the festive season. For more information, visit chargedpower.co.za