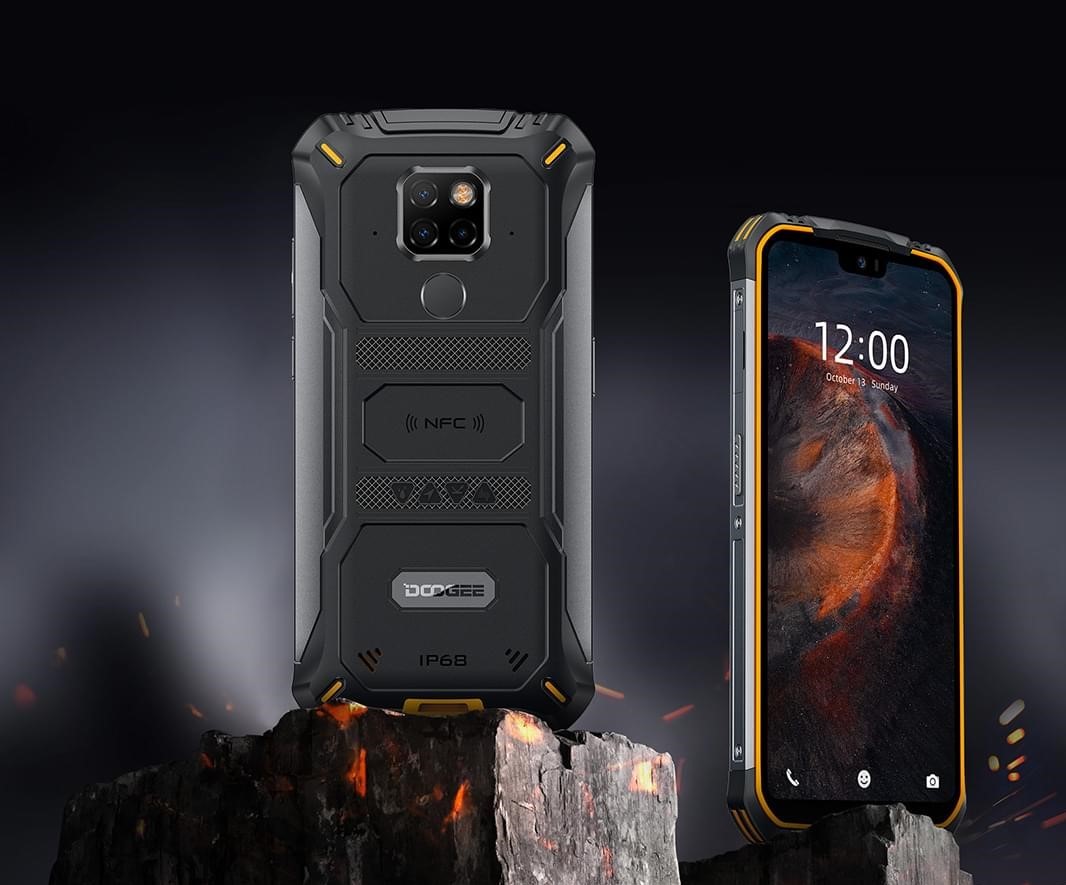 One of the great paradoxes of the smartphone world is that the more advanced and expensive the latest flagship phones get, the better things get for consumers who can only afford entry-level devices.

facial and fingerprint identification, a 3360 mAh battery, an Octa-core processor and 4G connectivity. Just three years ago, that would have been a match for a Samsung Galaxy S8, costing R15,500 at the time.

Except that this is the low-midrange unit from a little-known brand called Doogee, launched in South Africa last month at the princely price of R1,599 – almost exactly a tenth of the price of a flagship from just three years ago. Cash Crusaders, the registered distributor in South Africa, has brought in a range of three new Doogee devices, addressing three distinct target markets.

The first device is the Doogee Y7, a phone running on Android 8.1, with a scrawny 3GB of RAM and 32GB storage, extendable to 64GB with a microSD card. It fits the bill for someone moving up from the basic 5-inch devices with basic cameras and pricetags below R1,000, and wanting more of a visual experience with a larger screen.

The next step up the range represents a big leap in specs, but a small jump in price. At R2,299, the Y9 Plus is a 6.3-inch FHD+ Android 9 smartphone that takes RAM to 4GB and storage to 64GB, which can be extended to 128GB. The camera array has the same 16MP front camera, but a startling – for the price – setup of three rear lenses. The battery is bumped up to 4350 mAh – ensuring it can go more than a full day without being recharged.

It is arguably comparable to the Samsung S10 launched less than 18 months ago, starting at R19,000 – again highlighting the dramatic discount one can achieve if one wants the specs and the look but not the name brand.

To be fair, the Doogee devices don’t have anything like the build quality, software enhancements or built-in sensors of the flagship phones of the last couple of years, but the average user who is not sold on brands and has never played at the high end will barely notice.

Cash Crusaders has one further Doogee trick up its sleeve: the S68 PRO, a rugged phone for the outdoors and heavy-duty uses like construction sites, hiking or around water. Aside from the screen being made of a double pane of Gorilla Glass 4, an older generation of Corning’s chemically strengthened glass, the body is highly durable, and tested for 1.5m drops on concrete. It is IP68 dust and water resistant, an international standard meaning it can be submersed in water up to 1.5m deep for up to thirty minutes. It is also IP69K steam resistant, a standard for complete protection from dust as well as steam-jet cleaning.

Let’s not forget the conventional specs: a 5.9-inch FHD display, 6GB RAM and 64GB storage, powered by a 3100 mAh battery and running on Android 9.0 Pie. The cherry on top – or rather front and back – is the camera setup: 16MP on the front and a rear triple array comprising 21MP + 8MP + 8MP.

The cost, R5,300, is around half that of comparable devices from the best-known rugged brands, like the CAT range.

These aren’t the only devices in the Doogee range, and South Africans may soon get to know it better at both the entry-level and the mid-range of phones that cost up to R10,000. That’s becoming a highly competitive space, with Xiaomi, Oppo, Tecno, Mara, Hisense, and Vivo all targeting that market – and all moving more aggressively into South Africa.

And now for the Doogee X95, the ultimate in price/performance…

Click here to read about the 6.5-inch smartphone costing only R1599.

Continue Reading
You may also like...
Related Topics:doogee, featured, Goldstuck on Gadgets