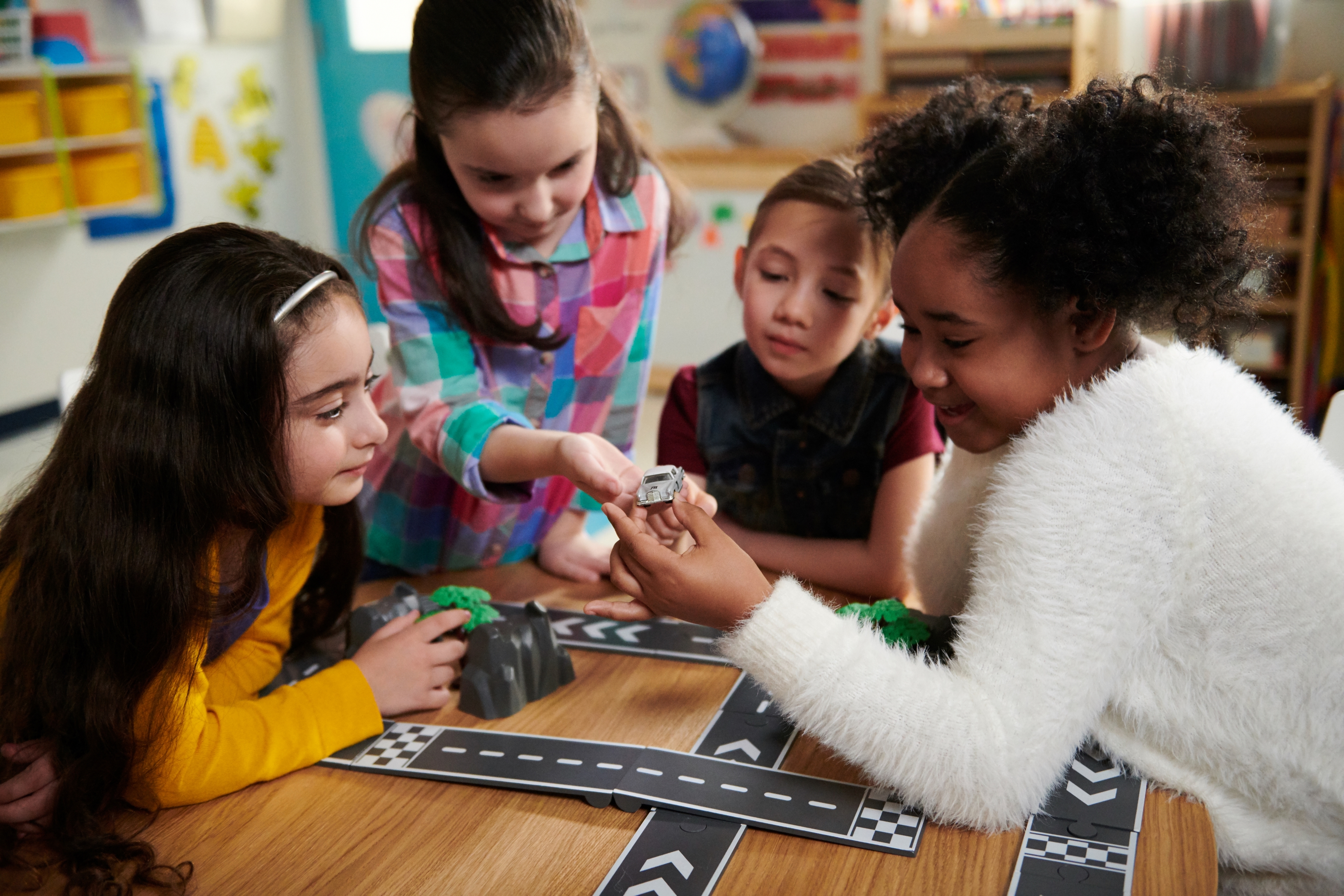 “That’s for boys, not for girls” – a social stigma Mercedes-Benz USA and Mattel are determined to change, and they are hoping that donating 50,000 toy cars can help. Kicking off today for National STEM/STEAM Day, 50,000 young girls across the nation will engage in programs to challenge gender stereotypes that research shows can impact decisions later in life. It’s all part of “No Limits,” an initiative created by Mercedes-Benz in partnership with Mattel and the National Girls Collaborative Project (NGCP), a network of organizations that encourages girls to pursue science, technology, engineering and math (STEM) careers.

The first “No Limits” programs launch today with special workshops in Atlanta, Los Angeles and New York City, where thousands of young children will be inspired to think outside of the box when it comes to career aspirations. Through February 2020, girls across the U.S., through more than 100 organizations, will engineer toy racetracks, design cars, engage with female role models and attend STEM workshops through programs designed to expand how they see their future.

As a tangible reminder that they can do anything they set their minds to, MBUSA and Mattel will gift 50,000 Matchbox die-cast toy replicas of a very special Mercedes-Benz 220SE to participating children. It was in this car that Ewy Rosqvist defied all odds to become the first woman to compete in and win one of the most grueling races, the Argentinian Grand Prix, shattering records and the notion that women could not compete.

“Whatever they aspire to be – an astronaut, engineer, judge, nurse, even the President, we want all children to dream big, dream bold and never give up on that dream,” said Mark Aikman, general manager of marketing services for MBUSA. “We’ve seen that stories like Ewy’s – championing women trailblazers and achievers – can have a big impact by calling into question the gender stereotypes that children may inadvertently adopt.”

In fact, according to the National Science Board, women only represent 29% of the current science and engineering workforce. When asked their reasons for not majoring in STEM, young women often cite a lack of encouragement and role models.

“The No Limits initiative is important to the future success of our young girls,” said Karen Peterson founder and CEO of the NGCP. “Demand for workers with STEM-based skills is rapidly growing, yet women are still significantly underrepresented in these fields. We know that gender associations are formed at a very young age. We applaud Mercedes-Benz and Mattel in their efforts to breakdown the gender stereotypes that keep young girls from engaging in STEM studies.”

Earlier this year, Mercedes-Benz released a video capturing young girls designating an assortment of traditionally gendered toys. After being shown the short film, Ewy Rosqvist: An Unexpected Champion, each girl has a visible attitude shift towards toys they previously identified as just “for boys.”

Last month, Digital Girl, Inc., a Brooklyn-based non-profit dedicated to empowering the underserved youth of New York City, especially young girls, to pursue studies and careers in STEM fields, tested this theory with similar results. A new video documents the results as the girls realize that they can be the next generation of female trailblazers and they themselves talk about the need to inspire more girls.

“Our goal is to inspire children to imagine all that they can become and break down gender stereotypes in the toy aisle with purpose-driven programs like this,” said Amanda Moldavon, Senior Director, Vehicles Brand Creative. “Most people don’t know that the creator of Matchbox made the first vehicle for his daughter who was only allowed to bring toys to school that fit inside a matchbox. So, from its origin, it has been an inclusive way for kids to explore the world around them.”

More than 100 organizations across the country will participate in No Limits including Atlanta Public Schools, Digital Girl, Inc., Beyond the Bell, among others. A list of all participating organizations can be found here. A discussion guide is available for those who have an opportunity to encourage and mentor young children and would like to help advance this conversation.

In addition to the toy cars that will be gifted by MBUSA and Mattel (also in support of closing the Dream Gap) through the National Girls Collaborative, the Ewy Matchbox toy replica will be sold in stores nationwide beginning in December. Follow the No Limits initiative on social using #GirlsHaveNoLimits.

Both “No Limits” videos were produced by R/GA, New York.

Ewy Rosqvist is a Swedish racing champion who in 1962 made history for being the first woman to enter and win one of the toughest rallies in the world. After watching her husband race for years, she decided to take it up herself and entered the Argentinian Grand Prix – a gruelling three-day journey across rough terrain. Ewy was ridiculed for entering the race and told she wouldn’t be able to complete the course. Not only did she finish, she went on to be the first person to win every stage of the race, set a speed record and beat the previous champion by over three hours.

MBUSA’s philanthropic focus is on educating and empowering youth. On a national level, the company supports Laureus Sport for Good which uses sports to help at-risk youth and the Johnny Mac Soldier’s Fund which provides scholarships to children of the fallen military.

In Atlanta, MBUSA is involved with over 50 organizations in its effort to educate and empower the next generation to achieve success and address local needs in its community, particularly Atlanta’s Westside, the area surrounding the Mercedes-Benz Stadium that includes under-resourced neighbourhoods. MBUSA has won numerous awards for its community efforts including, A Gold Stevie® Award for its Greatness Lives Here campaign, Corporate Champion Tree recognition from Trees Atlanta and a Community Impact Award from the Georgia Department of Economic Development.