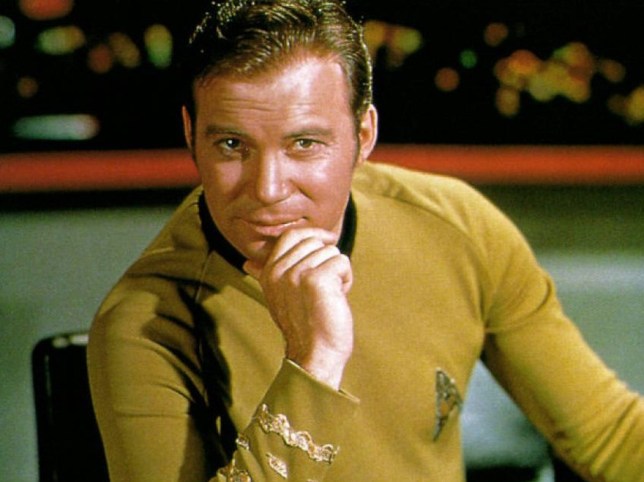 Trekkies and the rest of Africa are about to lose their minds Reed Exhibitions Africa and ReedPOP today announced that acclaimed Emmy Award winner, actor, author, producer, director, and singer William Shatner is appearing at Comic Con Africa in September 2019. Shatner became a cultural icon for his portrayal of Captain James T. Kirk of the USS Enterprise in the Star Trek franchise.

Shatner’s Captain Kirk  was charismatic, moral, just and headstrong. Brave enough to save a planet under attack and charming enough to win over the most  stubborn dissenters. Kirk stubbornly took matters into his own hands, often disobeying orders, but was an inspirational leader who pushed his crew, his ship and most of all, himself, to the limits of what they could accomplish. He was also something of a womaniser, and in line withStar Trek’s fight against the status quo of the time, he featured in one of television’s first interracial kisses.

The science fiction series created by Gene Roddenberry only lasted for three seasons yet thanks in no small part to Shatner’s portray of Captain James T Kirk, the seriesdid not die. In fact, the opposite happened. The show continued to live on in syndication and became evenmore popular. Star Trek became a Saturday morning cartoon that ran during the mid-1970s, and it was resurrected in a live action film in 1979. Returning to the role of Kirk, Shatner starred in Star Trek: The Motion Picture. The film’s warm reception by film-goers showed how much affection the public has for Shatner and the series. Shatner continues to lend his star power to Pop Culture this this day, and appeared in the final season of The Big Bang Theory.

The show was also the benefactor of one of the most successful fan-organized letter-writing campaigns in TV history. 100,000 Trekkies wrote letters demanding the show to stay on air, and 200 students marched to  show their support for the franchise which was retained for a further season.

Another of Shatner’s most successful shows was Boston Legal, where he played the character Denny Crane. Confident, crude, irreverent, and stubborn, he elicited strong feeling in whoever met him. He founded the law firm Crane, Poole & Schmidt featured in the show. He was flexible with his principles at work, but fastidious with his personal scruples. Denny was very sure of his capabilities, and stated he had won over 6,000 cases and would never lose a single one. He was a maverick, and at the time of the show he was something of liability, yet always retained his legendary status.

Before encountering all sorts of unusual aliens and challenging situations, Shatner started his career as a child performer in radio programs for the Canadian Broadcasting Corporation and continued to pursue his acting career while he was a student at McGill University.

Shatner made his film debut in 1958’s The BrothersKaramazov with Yul Brynner. That same year, he returned to Broadway for a two-year run in The Secret Life of Suzie Wong and in  1959 won the Theatre World Award for his performance. After a few successful acting roles on the  big and small screen, on the 8 September, 1966 he landed the role of Captain James T. Kirk of the USS Enterprise in the Star Trek that franchise, the role that made him synonymous with all things Sci-Fi and pop culture.

He has written a series of books chronicling his experiences playing Captain Kirk and being a part of Star Trek, and has co-written several novels set in the Star Trek universe. He has also written a series of science fiction novels called TekWar that were adapted for television.

But only a ticket to Comic Con Africa will give you the opportunity to meet the Godfather of Sci-Fi. Tickets to this must-attend pop culture festival of the year are selling out fast. Tickets will get you access to all areas, except for William Shatner’s dressing room! Follow Comic Con Africa on Facebook, @ComicConAfrica on Twitter and @comicconafrica_official on Instagram, or visit https://www.comicconafrica.co.za/en.html.