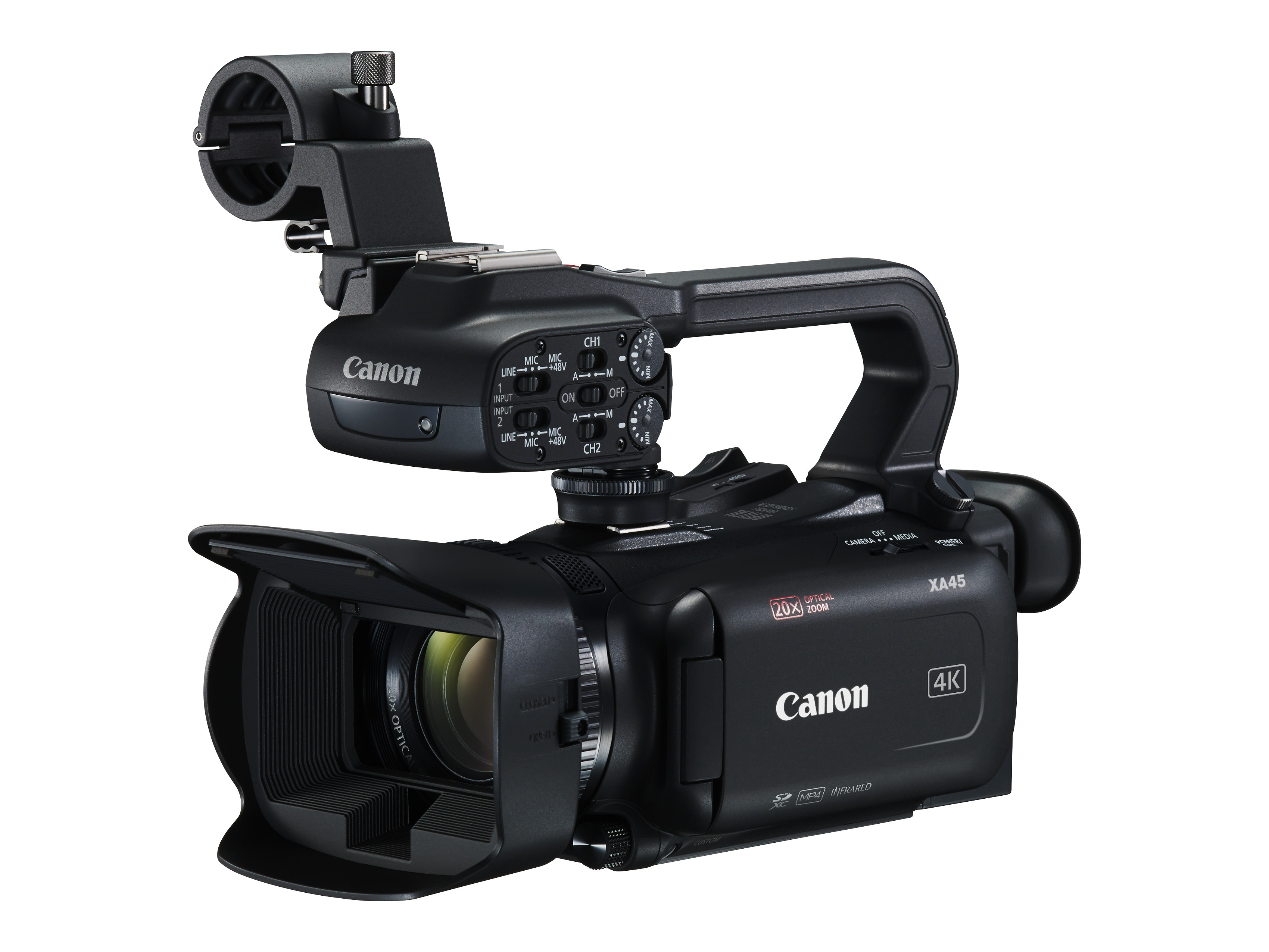 Canon Europe has made the XA45 is available in Europe, Middle East, and Africa. This is in response to the growing market for 4K content across multiple genres.

The camcorder has a 20x optical zoom and is paired with a 1⁄2.3 inch-type CMOS sensor. The XA45 can record in 4K UHD, full HD XF-AVC (Canon’s proprietary codec) and MP4 codecs — giving users flexibility.

The 20x zoom range begins at a 35mm equivalent focal length range of 29.3mm at its widest, up to 601mm telephoto. Canon states the 20x optical zoom can also be enhanced using the camcorder’s built-in 2x extender. The camcorder is also capable of 400x zoom using digital zoom and has 3 modes for its image stabilisation (IS): standard IS, dynamic IS, and powered IS.

The XA45 continues on from the XA40 (launched in 2019), with the addition of a 3G-SDI output terminal, allowing users to connect to broadcast standard equipment such as live streaming encoders. Alongside the 3G-SDI output, the camcorder also has an HDMI output, allowing the XA45 to integrate into multiple live streaming set-ups.

According to Canon, the camcorder weighs approximately 730g (body only). Canon has included its DIGIC DV6 image processor with the aim of the XA45 producing sharp 4K UHD and full HD images using oversampled HD processing — despite its body and sensor size.

Related Topics:camcorderproduct of the day
Up Next